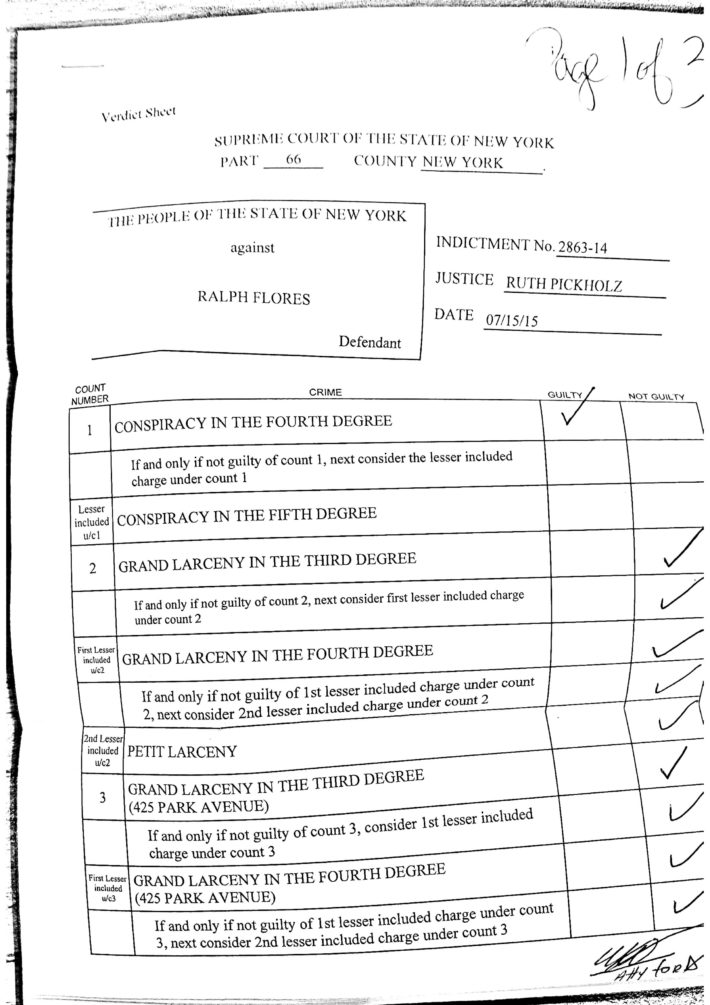 In 2015, Mario Blanch represented a man charged with 8 counts of Grand Larceny for his alleged involvement in Operating a Retail Theft Ring.

After a three-week trial where the Manhattan District Attorney presented mountains of evidence, Mario Blanch, Esq. was able to obtain an acquittal of his client on all major charges.

The pretrial offer from the District Attorney was 10 years in prison.  Mario Blanch and his client rejected the offer and took the case to trial.

The District Attorney presented a forensic financial accountant that showed that Defendant had allegedly funneled millions of dollars through his bank accounts allegedly selling and buying stolen goods.  In addition to the forensic presentation, the search warrant executed at Defendant’s home revealed that there were over one million dollars in allegedly stolen electronic equipment.

After a vigorous cross-examination of each of the State’s witnesses, Defendant was acquitted of all the major changes.

The Defendant was convicted of the lowest charge and had to serve 1.5 years in State prison.