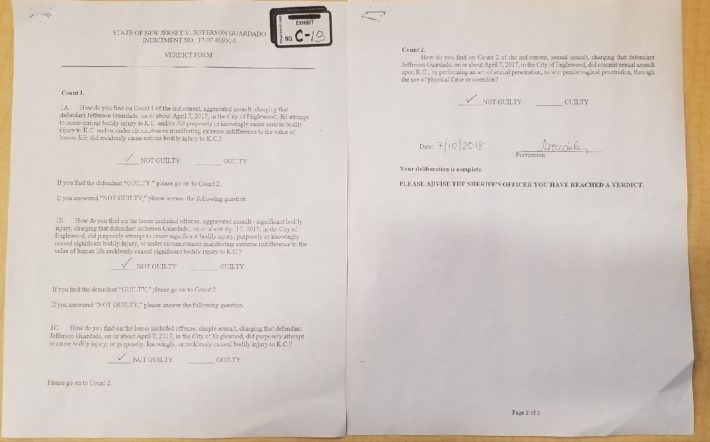 A Man Charged with Rape and Aggravated Assault was acquitted by a Bergen County Jury after a two-week trial.  During the cross-examination of the Accuser by Mario M. Blanch, Esq., the Accuser made numerous inconsistent statements.  Mario M. Blanch, Esq. brought out many inconsistencies in the case and showed how the prosecution did not have sufficient evidence to convict his client.

On July 10, 2018, a Bergen County jury returned a not guilty verdict after less than two hours of deliberations.